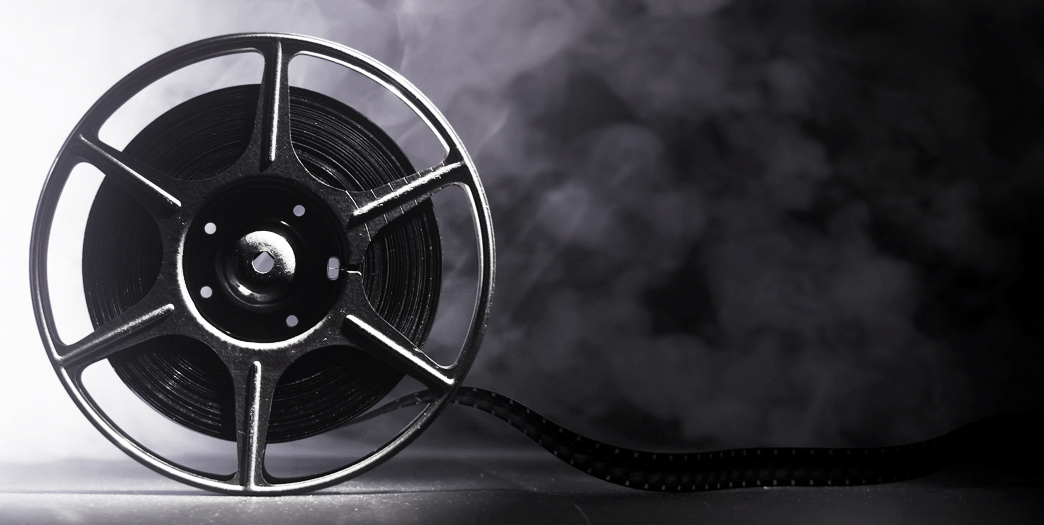 Scent in the world of cinema

Make yourself comfortable: an enveloping velvet armchair, a large screen, the darkness in the room, the dolby surround sound. Movies engage and attract us, makes us dream. They make us feel involved as if we were really part of the story.

Sight and hearing, the most immediate senses, in some ways the “simplest” ones to stimulate. And what about the sense of smell? The sense of smell is more “complex”: fragrances and scents are able to set off, to bring out perceptions and memories otherwise segregated in the most hidden drawers of our memory.

But if we could perceive the same smells that otherwise we are only able to imagine on the screen, what would a “scented” film be like?

Actually, there were some attempts in this direction in the past. Since 1906, when during a screening of the Pasadena Rose Parade, an essence of roses was diffused into the theater room using cotton balls dipped in scented liquid and a vent to propagate it in the air.

A few decades later, in 1940, Walt Disney hypothesized a scented version of Fantasia, but he ended up shelving it due to the unaffordable related costs. On the same year, Hans Laube invented a device capable of spreading scents through a system which involved the fitting of pipes connected to the seats in the cinema. At its presentation in New York, such device was seized by the police, on the grounds that a competing technology had already been patented in the USA.

In fact, a system called AromaRama, designed by Charles Weiss to circulate vaporized scents around the room via the theater ventilation plant, was officially presented at the end of the Fifties at the premiere of the movie Behind The Great Wall directed by Carlo Lizzani (1958).

Only a month later, at Cinestage in Chicago, Hans Laube made a further attempt on the film Scent of Mistery (directed by Jack Cardiff): the Smell-O-Vision, a scent diffusion system through which smells were projected at synchronized moments by a device that timed with key scenes and plot points of the movie, utilizing individual vents placed under the seats, instead of the cinema ventilating equipment as in the case of AromaRama.
Although Smell-O-Vision allowed for faster air exchange than AromaRama, the above experiment, like the previous ones, left the audience rather perplexed, mainly because the scents (about thirty of them were manufactured for the film – coffee, dried salt, talcum powder, toasted bread to name just a few) tended to hang in the air even at the end of the scene, often overlapping each other and thus creating a not precisely pleasant perception. So much so that Scent of Mystery was replaced by a new version entitled Holiday in Spain, without Smell-O-Vision.

A different system, named Odorama, was used in 1981 in the movie Polyester directed by John Waters: along with their entrance tickets, viewers received “scratch-and-sniff” cards to be scrapped and smelled at certain moments of the film. In this case as well, the initiative was not particularly successful, and what was promoted as “the first movie in Odorama” nearly turned out to be the only one.

In 1984, The Sensorium, considered the first commercial 4D film, with bodysonic seats and some movie acts boosted by the scenting system Scent-A-Vision, was screened in Baltimore.

The first 4DX movie theater debuted in 2009 in South Korea, using further advanced technology to augment the sensory experience of the filmgoers with swing back seats, fog, wind and scents. Despite all the limitations and faults which emerged in these repeated experiments, in 2014 the number of 4DX seats amounted to over 14,000 at 91 cinemas, in 23 countries all over the world.
And yet, the production of movies with an olfactory trace (a series of scents released in sync with the scenes), so far is not taking off.

Currently, it seems that improvements in this domain may materialize in the near future not only in view of more sizable investments, but also of meta-economic research capable of analyzing to what extent and how an olfactory hyper-realism is indeed what the public expects when attending and participating in a motion-picture show. Within the fruition of an artistic work, reality and dream, past and present are mixed to shape unique perceptions each person can compose and evoke at will.
If the fragrance/experience association remains in people's minds even after some time, resulting in their predisposition to repeat such an experience, this is true because, as Charles Baudelaire wrote, “Like long echoes which in a distance are mingled in a dark and profound unison [..] perfumes, colors and sounds answer one another”.
Considering that the feasibility of scented film shows represents the evolution of the Wagnerian ideal of seeing the total work of art (Gesamtkunstwerk) realized, while awaiting for the cinematic technology to provide us with a multisensory scented experience inside our theaters too, we cannot forget to mention some of the movies celebrating “scent” in its broadest sense as the (almost) undisputed protagonist.


Profumo di donna (1974) directed by Dino Risi with the great Vittorio Gassman, and Scent of a Woman, the 1992 remake directed by Martin Brest featuring the Oscar Winner Al Pacino.

A Walk in the Clouds (1995) directed by Alfonso Arau. A love story in the midst of the scents of the Southern California countryside and vineyards.

Chocolat (2000), directed by Lasse Hallström. Enriched by chocolate and cinnamon aromas, the acclaimed romance between Juliette Binoche and Johnny Depp.

Perfume: The Story of a Murderer (2006) directed by Tom Tykwer, based on the novel Perfume by Patrick Süskind, is almost a celebration of the complexity of the olfactory universe.

And finally, let us recall Ratatouille (2007), a computer-animated comedy film directed by Brad Bird and Jan Pinkava. How to resist the charm of little mouse Remy, that thanks to its sense of smell and refined taste becomes a real “olfactory examiner”?