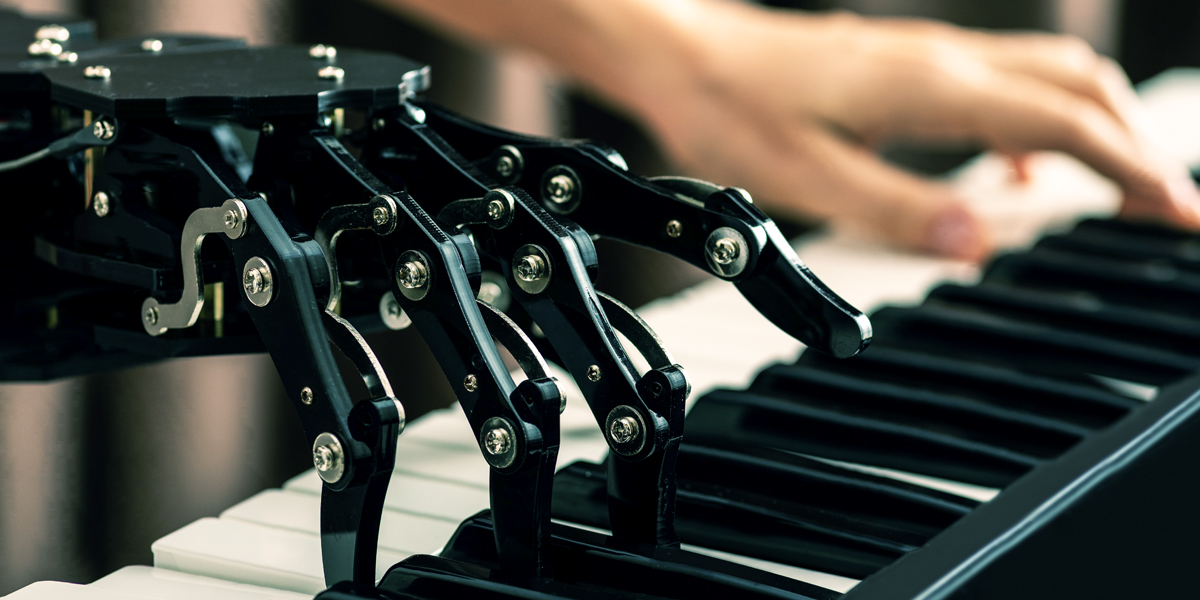 Artificial Intelligence and Fragrances: Algorithms and new technologies to make the most of the nose and the creativity of bright perfumers.

Starting from the assumption that true wealth is based on knowledge, but that is above all in the specific usage of knowledge that the improvement makes its way and actually creates value, Moellhausen constantly pioneers research and industrial know-how while encouraging collaborations and partnerships at the most wide-ranging levels.

This is the case of the happy encounter with Anzani Trading Group (ATG), a company which has been operating for several years in the innovative field of Artificial Intelligence.
Thanks to the Internet and the ever easier interconnection of devices, Artificial Intelligence is making our planet experience a fourth industrial revolution; after the first revolution triggered by the introduction of steam engines, the second one by electricity, the third one by the introduction of electronics and information technology in production lines.
The possibilities which arise at growingly faster pace seem to suggest the approaching of an era where human ingenuity will be boosted by the precision and speed of the machines.
The power of Artificial Intelligence to develop new fragrances has for many years been at the center of studies and research involving the most diverse sectors of science and technology.
Knowing perfectly well that is possible to fuel innovation and generate value only through a continuous flow of ideas and a constant connection with customers and end consumers, Moellhausen also turns its gaze in such direction. With a global and open “olfactory culture” where modernity, innovation and creativity meet, in order to cover and trace new and daring paths of excellence.
A recent example is the collaboration with CIAS, the Interdepartmental Center of the University of Ferrara directed by Professor Sante Mazzacane, who is studying the fascinating multidisciplinary field combining Neuroesthetics and Osmology (the study of the olfactory function, in medical language).
In consonance with the pioneering spirit which characterizes us, we are pleased to host the contribution of Dr. Saul Imbrici (Artificial Intelligence Director of ATG). The purpose is to elaborate over time an increasingly in-depth investigation into Artificial Intelligence and on how the relationship between people and technology will be able to transform the world of fragrances and empower our creativity and skills.
Being a lively laboratory of ideas and a source of solutions to always improve and grow: it is on these solid foundations that Moellhausen continues to build its future.
(Valerio Tateo - ­ Marketing Manager of Moellhausen S.p.A.)

The intelligence of asking ourselves the right questions
“Artificial Intelligence” (AI) is a concept coming from afar: already in the fifties of the last century, there was an attempt to create computer systems apt to replace, at least for some tasks, the human being. The Turing Test identifies as “intelligent” the machine whose output is indistinguishable from what a person would have produced having handy the same input.
“Data” have always been the sphere of this discipline, but the rudimentary technologies of databases and the deterministic approach, which forcefully compel to simplify the modeling of the phenomenon under examination, have condemned AI to a long hibernation, the maximum expression of which is represented by some examples of “expert systems” that, while providing support to the decision-making process, certainly do not have such qualities of completeness and reliability as to be considered truly effective in the industrial field.
Only with the coming of the new millennium, interesting conditions occurred for a rediscovery of AI, as mathematical, computer, hardware and data management tools have reached a level of maturity and simplification such as to make this technology of public domain and, in even more recent times, at low cost thanks to the emergence of cloud computing.
The exponential increase in the amount of data available, also thanks to the advent and greater diffusion of social media and the world of IOT/IIOT (Internet of Things/Industrial Internet of Things), has provided a further evolutionary push to research and advancement in the area of AI, so much so that such approach is now ripe to enter the company core business.
From computer vision applied to quality control and security, to natural language processing applied to database management system or emotion analysis, or even the thousand possible applications regarding production planning, predictive maintenance or the development of business scenarios , it is evident that the potential of AI is now a clear and well demonstrated reality.

The sense of smell and Artificial Intelligence
In the world of fragrances, the joint venture among perfumers, neuroscientists and data scientists is inquiring the applications of machine learning to the sense of smell.
Remarkable in this track are the studies carried out by the teams of Cornell University in collaboration with Intel and Google Brain.
The first ones intersect neuroscience and AI to develop a neural algorithm, derived from the reproduction of the brain olfactory circuits, enabled to make the computer recognize the smell of ten dangerous chemicals, practically imitating what happens in our head when we smell something. The use of such technology is intended, first of all, for airports and other sensitive areas, where the detection of odors emanating from dangerous substances can prevent accidents or terrorist acts.
The Google team faces the set of problems from a completely different perspective, taking the name of “quantitative structure-odor relationship” which, through the use of particular neural networks called “graph neural network”, seems promising in predicting the connection between the structure of a molecule and the smell related to it. The feasible spillovers are significant in the fields of nutrition, perfumery, environmental sciences and sensory neuroscience.

Emotions, creativity and fragrances
The open challenges are therefore truly captivating and, over time, they will lead to replicating the success on the sense of smell AI has already scored with sight and hearing.
At the same time, a parallel theme opens up that could be summarized in the following question: “To what extent is it appropriate to let AI replace the human being?”
This question is all the more relevant when the use of AI tools is applied to sectors such as perfumery, where creativity and the ability to evoke emotions are of fundamental importance.
If we wanted to make a musical parallel, we could think that there are AI systems apt to compose music, and certainly they do so in compliance with the harmonic, melodic and orchestral canons of the piece, but they certainly will not be as moving as the compositions of Beethoven, Mahler or Bosso .
Furthermore, the complexity of a fragrance, which is not a single molecule but a real arrangement of several dozen elements, turns away, at least for the moment, the possibility of creating a formula that... will be passing the Turing test!

Building and enhancing the perfumer-machine synergy
Does this mean that is not possible to apply AI to perfumery? Absolutely not: formulating a fragrance is a complex job, where the perfumer relies on a large amount of information determining the perimeter within which she/he will be free to express her/his art.
Such information concerns the customer’s wants, the potential target of buyers, the geographical, cultural, anthropological, customary factors, and so on.
As you can see, those pieces of information are profoundly different one from the other, most of the time qualitative ones, and often coming from unstructured sources.
This is exactly the field of action of AI in its most consolidated declination, albeit still evolving: to acquire, understand, organize and catalog large quantities of data in order to highlight the relationships among them so to obtain information on which to base, in the specific case, the creative activity.
A tool of such sort can make use, for example, of natural language processing to understand what is the topic being treated by the source, both in semantic terms and in emotional terms.
Information thus obtained can be clustered and represented in graphic form, as a way to spotlight the correlations among them.
This translates into a considerable saving of time and energy that the perfumer would have had to employ in an activity in which her/his main abilities are not adequately leveraged, creating, in fact, an area of waste.
The attention of Moellhausen and ATG-AI is therefore aimed at studying tools, such as the one hypothesized above, meant to build a human-machine synergy fitted for enhancing the qualities and capabilities of each of the two, as well as improving the conditions of the human work, making sure that people can spend their time in activities where skills, creativity, experience and feeling make the difference.